Having spent sixteen years in the UK and four years in Australia sitting on the institutional desks of some major brokers, particularly in the UK, one thing becomes apparent, that share prices don’t go up and down because of the fundamental reasons that commentators and the media obsess over in hindsight, they go up and down because people are buying and selling and most of the time you have no idea why they would be doing that because it goes way beyond what a company is worth. For instance…

There was a day when I took an order for £1 billion worth of buying and selling from one Scottish institution that was bed and breakfasting a large chunk of their total portfolio. They were doing it for tax reasons and for one day we dominated the market with selling and the next day with buying.

Reading the newspapers the next day, and in particular, the market report in the Financial Times that I had read and taken as gospel every day, was laughable. I now know these market reports are mostly written by junior journalists with the content fed to them by junior brokers and their explanations for why the market went up and down, or in this case down and up, brought it home that share price movements in the short term are very rarely explainable in fundamental terms, it is simply that somebody was buying or selling.

To give you an insight into some of the buying and selling, we had days when “big” institutional fund managers, just after the Big Bang (when the stock market floor closed down and everything moved to computers), would, rather naïvely in hindsight, wander into our offices and meet with the head of trading.

In our case he was a huge and rather disgusting man called Terry, an ex Jobber from Wedd Durlacher, who only carried a “wedge” of cash and never had a credit card, a man who would sell his mother for a shilling, but a man who, thanks to his East End barrow boy skills on the stock market floor, now controlled the principal book on one of the biggest European banks in London and the fifty stock-market bookmakers (sales traders) who ran it. 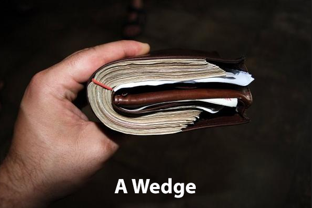 These fund managers would walk in to see Terry, one of the largest principal traders in the market operating with one goal (make money) and they would show him a huge list of stocks they wanted to buy and or sell, and ask him to make a price on transacting the whole deal in one hit (they were called program trades). It was like a couple of marshmallows walking into a fire and asking it to be nice.

Terry would sometimes take the trade, sometimes not. When pricing a program trade, it is all about risk. When the buying and selling are balanced, it is market neutral, and the risk is contained. But when there was a ‘large portion’ of selling, when it was very biased to selling or buying only, biased to selling was usual with these trades, he wouldn’t touch it, it was too dangerous. But rather than turn them away and move on, he would play a game.

He would make a price that he knew they wouldn’t accept and when they left the building he would dispatch one of the junior sales traders to follow the fund managers to see which other brokers they went to visit, it was common practice to get three brokers to quote.

For this strategy to work, Terry always insisted that fund managers meet him as early as possible in the morning, so he knew he would be the first cab off the rank to see the trade with the other brokers visited after him.

The junior sales trader would follow the fund managers around in a Black Cab, and the moment they returned to their office or headed to the airport, he would return to the office and report to Terry.

Armed with the information that they had also been to broker X and Y (there were only about five brokers with balance sheets big enough who could do these trades anyway) and armed with the information of what it was they were looking to sell, Terry and his sales traders would then watch their screens for signs that X or Y had taken on the trade and had started to unwind it in the market. 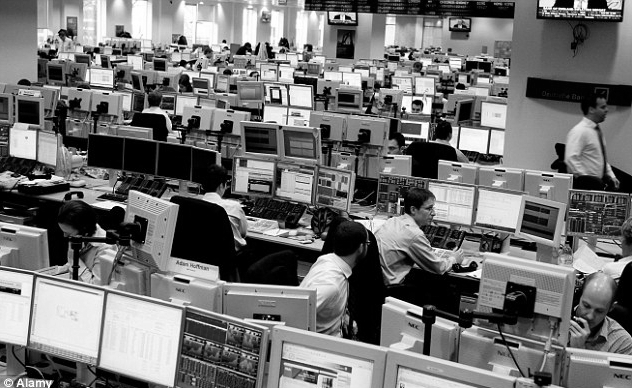 When you know the stocks involved, you know how big each holding is, and you know whether they are selling or buying, and you know who is doing it, you have all the ingredients for a slaughter.

For example, if you knew one of the orders was to sell ten million Whitbread shares, all you had to do was word up your sales trader on the Whitbread book to look out for a seller, and the moment your sales trader ran over and said broker X just sold 500,000 Whitbread in one line…let the slaughter begin. Terry would tell his sales traders to smash the price down on every stock on the list, sell every share you can on your own balance sheet, collapse the prices, panic broker X (who is now long and wrong falling share prices), and watch the other brokers get out of the way as broker X collapsed the price further as his risk management systems told him he had to.

You then count how many Whitbread shares broker X sells and when he gets close to 10 million, you buy everything back that you sold, make a fabulous turn, and go to lunch at the Mithras bar and drink pints of Pimms. 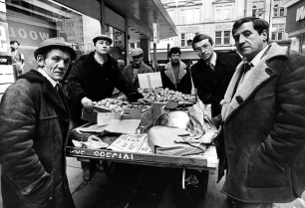 Multiply this across every other stock that was on the list and every other sales trader that you warned, and it can make for a very good week on the trading desk.

Interestingly, at the end of the week, down at the Mithras bar, Terry’s counterpart Frank from broker X would likely wander over and say “Good one Terry!”, and they would chink glasses and have a good laugh safe in the knowledge that next week it would be the other way around and that it wasn’t their money anyway. Quite honestly, when you grow up in Brick Lane in the East End together, the balance sheets of European banks like UBS and BNP come second. Euro trash.