One more day until the Christmas holidays. Well, for most people, the Marcus Today desk will of course be operating. “Whenever the market is open we’re open” says Marcus. Blimey.

This is my third year working with Marcus and the Team and as tradition has it, before we all head off to the annual Christmas party (which is outside in 40 degree heat tomorrow – sounds like a health and safety at work issue to me!), Marcus sits us down, gets his pen and paper out and asks us a few questions. Well, I say pen and paper, but I don’t think he’s actually used a pen in about two years. He now uses an iPad Pro and OneNote for almost everything – brilliant productivity tool if you want an idea for Christmas – and it’s a tax deductible expense if you use it for work.

Anyway, he sits us down and asks us a few questions (to make it look like he’s interested) before telling us how we went in the last year and what he hopes for us in the year ahead. Questions like “What’s been the most enjoyable bit of your job?”, “If you could shoot one Team Member who would it be and why?”, and last year we got “Which bit of your job do you hate the most?”.

This year has been a year of significant change up for me, particularly at work. I have transitioned from a somewhat naive, part-time uni-student, working to get beer money, to a full-time (Marcus would argue that claim) worker on a full-time salary.

Twelve months ago my main concerns were the same as they’ve always been, short term and a little bit inconsequential. Things like surfing better than Liam (not hard). Liam is my twin brother. Being taller than Liam (tick – Danny DeVito is taller than Liam), getting paid more than Liam (tick – I think), and the big one, being able to drink more full-strength beer than Liam so our friends stop calling me “Buzz Lite-Beer”. Normal stuff. Normal for someone one year out of university with a twin brother and a competitive streak.

But this year? This year things are different. It has been a long road from my humble start of letter-opening and filing. Gone are the days where I stood hours on end at the photocopier, digitalising binding death benefit nominations and trust deeds. That torch has been handed down to the next generation. This year I am onto more cerebral things and a lot of changes, changes that come with a full time job, changes that come when you stop playing and start growing up.

Some things are small, like getting up early every day, sometimes when there is a “5” on the clock (!), not having a holiday whenever I feel like it, ironing shirts, buying ties, cleaning shoes, being well dressed and being clean-shaven. 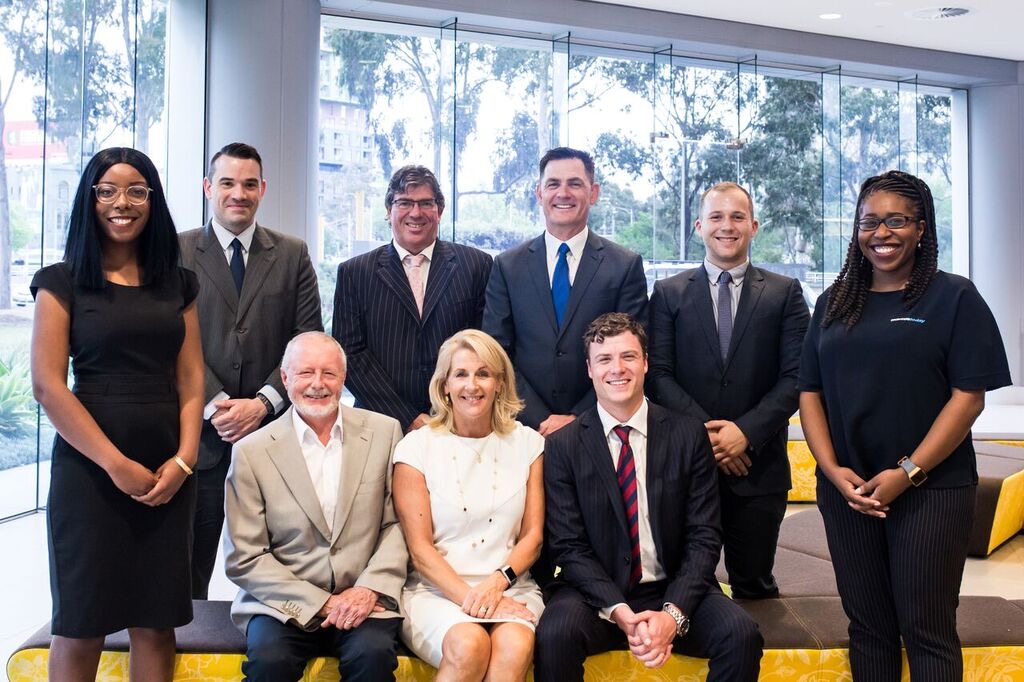 There is a unique dress code at Marcus Today. We can dress how we like. Sounds good right, but it comes with a “But”. “But if you dress like a tramp expect to get treated like a tramp. So why not dress like a CEO?” I wonder what would happen if I turned up dressed like a slave. Nothing different most likely!

And some changes are bigger. I have responsibilities. The main one is having a Team of people, people I now spend more time with than I spend with my family, my colleagues, relying on me to turn up, perform and contribute.

But perhaps the biggest change in the last year is something that had to happen one day, and it is happening to me. I have started to think about the future instead of where my next Lite-Beer is coming from. I have started to look ahead years rather than hours, and I have started to map out where I am going and what I am doing, not so much personally, or professionally, but financially. If I can use an investment analogy, I am moving from ‘trader’ to ‘investor’ and in particular, I am wondering how, with property not only too expensive but possibly too risky, can I do what my parents did with in the property market, without the property market. How do I build assets?

At the back of Marcus’ office, beneath the row of qualifications and family portraits, sits a collection of books. Titles include: Charting for Dummies (if he hands you that you know you’ve done something wrong), Volumes 1 to 3 of “Great British Wit”, an Advanced Financial Mathematics text book and The Intelligent Investor, or as Marcus likes to call it “The Unintelligent Investor”. Its very dusty. I’m not sure anyone’s ever got past page five before falling asleep.

And there is another book. “Rich Dad, Poor Dad”. Apparently, it was a big hit in the 90s or early 2000s. But I recommend it to any of my peers. Its not the best-selling self-help financial book in history because it’s rubbish.

You’ll get the idea in the first couple of chapters. In the modern age, with everyone borrowing to buy, no-one goes without and you can’t tell the difference between a rich person and a poor person. In fact some of the richest “Rich Dads” are not only indistinguishable from the “Poor Dads”, but they actually look poorer. 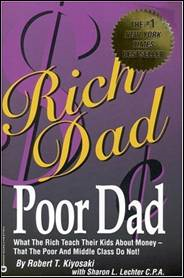 The ‘Rich Dad’ in the book is a man who grew wealthy on the back of entrepreneurship, business and astute investing. He has no debt, he lives modestly and he builds assets. The “Poor Dad” (the author’s father) looks the same on the outside, but despite working hard every day, the whole of his life, he never obtains financial security because he never knew to build assets. The crux of the book is that we all need to build assets. To take a big stake in one thing and narrow our risks through a lot of work.

Easier said than done. Build an asset. How can I possibly do that? It’s one of those motherhood statements handed out by a relative at the family BBQ, often met with diluted enthusiasm. The ‘Rich Dad, Poor Dad’ formula is to invest in yourself and build assets for yourself not other people. Starting your own business is the main example. Failing that, buy into someone else’s.

But what does that look like to a 25-year-old?

I don’t know. I don’t know how you do that, but I’ll tell you how I’m doing that now.

In March, I was presented with an opportunity. I was sat down (ironically or fatefully) in the same office where the ‘Rich Dad Poor Dad’ book sits on the shelf, and offered a share in Marcus Today. Not a big stake, a small shareholding. And it was not going to be cheap. The door opened. An opportunity to start building an asset.

The decision was easy. I found the money and became a shareholder. As did some of my colleagues. Focus and build. I know the business, I know the numbers and it was/is relatively low risk. I was investing in ‘my’ efforts and the efforts of the Team, and as shareholders they are motivated, sharing the same goal and hoping for the same asset building opportunity.

And so it is, armed with my small shareholding in Marcus Today, I begin my journey of asset growth. It’s a start, I don’t know where it’ll end up, but you have to start somewhere. Its not about this year, or next year, its about the horizon, its about me taking over one day and changing the name from Marcus Today to ‘Tom Tomorrow’ – it has a better ring to it.

Meanwhile, it is nearing Christmas and whilst I am waiting for Marcus to sit me down with his iPad and ask me some career busting question like “Do you think your career prospects are helped or hindered by not shaving every day”, it is time to head home to my other assets, my family and friends. I am already rich for them, and small as my brother is, I wouldn’t swap him even for a big stake in Marcus Today.

Merry Christmas to you all, I hope you all have a safe and happy new year.