It’s a pleasure to write for you all this morning, my name is Tom and I have been working alongside Marcus, Henry and Chris for 3-years now (I do all the hard work, they take all the glory).

I am 25 and I live with my twin brother Liam. At the moment I live in our family home. Mum and Dad have worked up in Darwin for the last year so we have been living rent-free. “Jam up and Jelly down” as Marcus says…whatever that means (must Google it). Its been a good run, but all good things come to an end and, selfishly, Mum and Dad have recently declared that they are coming back to Melbourne next year and are finally kicking us out.

I’ll be the first to admit, we’ve had a ball. For 24 years Liam and I didn’t pay a bill. So it was a bit of a reality shock when Mum and Dad vacated to Cullen Bay, NT, and our mobile phones, holidays, gas, electricity and water bills were swiftly put in our (my) name. And then there were other things we never imagined cost anything. Food (!), Foxtel, car insurance, petrol…we had to get full-time jobs. Independence is not easy! Its expensive.

And there is more.

One of the expenses we are debating is health insurance. Surely we don’t need that? Or do we?

Only the other month I was travelling around the Mentawai islands in Indonesia when I had an accident.

It was a trip that I was eagerly awaiting, warm, crystal clear water, perfect waves and good company. What’s not to be excited about? It wasn’t a cheap trip either, after paying for flights, customary ‘surfing tax’ and accommodation, I didn’t exactly have much money to spend on Bintang singlets in Bali on my transit home. But for the first week, it was paradise. We got news that a relatively large swell was to arrive in the second week and while my friend and I put on an enthusiastic façade, we were simply terrified. This is me on the Thunders wave. Compared to what we were used to, it was not small.

And it was fantastic. Once the swell arrived my nerves settled, the excitement from the other surfers started to diffuse into my thoughts and outweigh my apprehensions, we all pushed hard, but, as it turned out, for the worst.

I was in what I thought was the best possible position for one of the biggest sets of the day, though my lack of knowledge about the spot named ‘Thunders’ proved to be disastrous. I took off too deep and crashed onto the reef after failing to stick the landing. 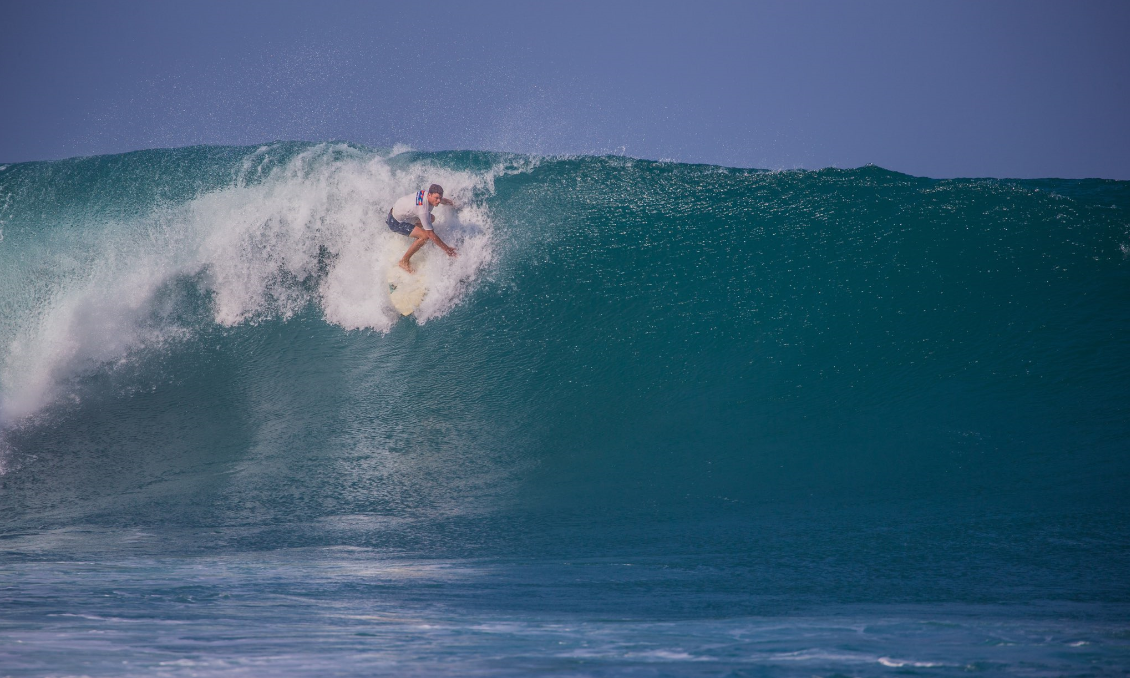 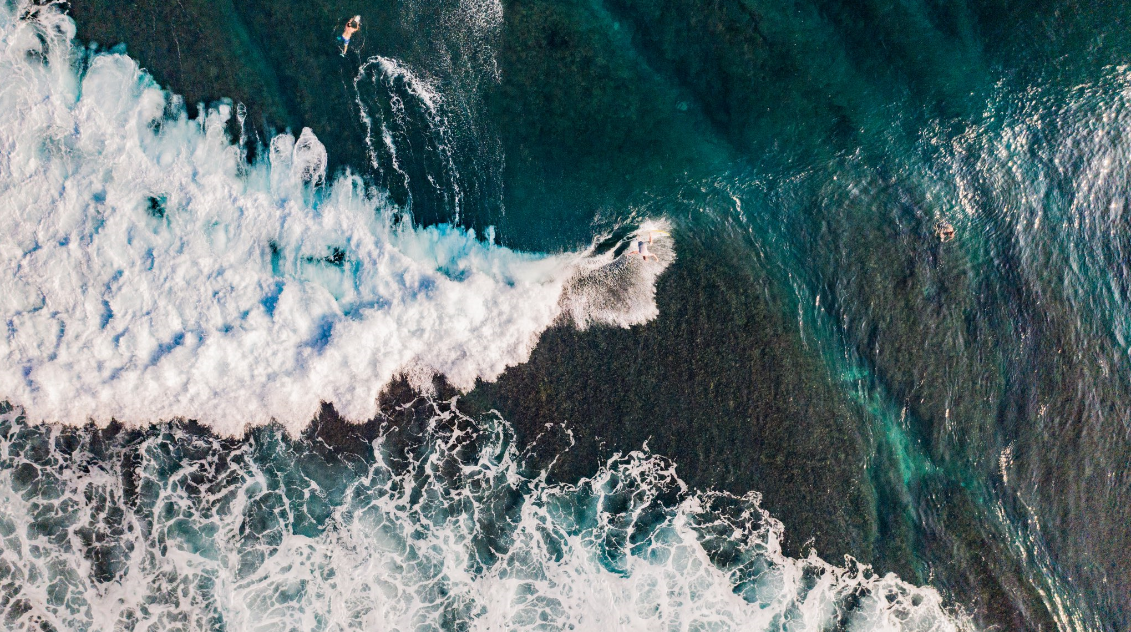 When I surfaced, my right arm was covered red and I was rushed to the nearest support boat that was sitting in the channel. Bintang was the only anaesthetic and whilst the non-English speaking chef finished his 15th stitch in the back of my arm, one of the thoughts that streamed through my head again and again was, ‘Thank God I bought travel insurance.’ 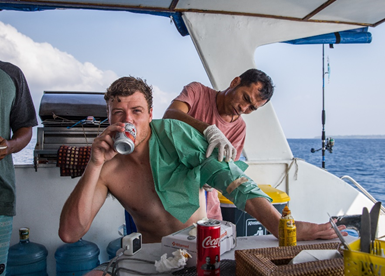 By coincidence, on my return to Australia, amongst the pile of birthday letters waiting in Mum and Dad’s (our) letterbox was one from GMHBA notifying me that for a birthday present I had been kicked off my parent’s private health insurance policy.

Until recently, I had never placed a great deal of thought towards getting my own policy, as a reasonably fit 25-year old though this news did come as a bit of a wake-up call, following my experience in Indonesia. With that fresh in my mind and my wound still healing, Liam and I (he got the same letter of course) began comparing different health insurance companies for the most competitive offer, that would provide me with the best coverage.

What I very soon realised was how much more than expected private health insurance was. The cheapest policy I came across from NIB was close to $80 per month with the most comprehensive policy sitting around $150. I also found out that once you log onto iSelect and have a gander, they won’t leave you alone until you’ve bought a policy off them or fled to another country. Must be getting a good commission.

So, my brother and I asked ourselves, do we try and save some money, avoid paying excessive premiums and take the risk? Which is what a good majority of our friends are doing. Or do we pay up?

We came to the conclusion that our risk of injury and need for health insurance mostly correlated with going on holiday. As keen surfers, the likelihood of hurting ourselves in a remote part of Indonesia or Australia was relatively high, clearly, but if we were always going to take out travel insurance we knew we were covered. So, the idea of paying between $80 and $150 per month on top of travel insurance wasn’t overly appealing.

So instead…we’ve decided to do what a lot of our mates do and put $200 a month ($100 each) into our own fund (The Twins Insurance Account) every month and both of us have agreed to make that fund available to whoever should fall off the next at ‘Hollow Trees’, so to speak.

Being in the finance game I’ve done the numbers on this strategy. Putting away $200 a month for 5-years and investing in a low-beta stock or ETF that tracks the market produces the following. Going off Vanguard’s Australian Shares ETF and its 5-year return of 8.31% including the annual management fee we were presented with this figure – $14,495. 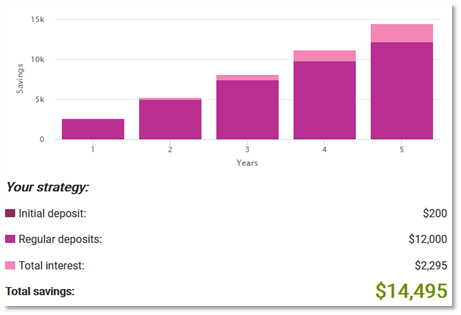 ot bad. $14,495 is enough to cover most accidents, assuming we don’t have to take it out for any unplanned incidents in those 5-years, and in our eyes, it’s better than the alternative of paying between $80-$150 every month for the next 60-months with seemingly no beneficial outcome.

Good idea, although I am reminded of the ubiquitous phrase – ‘What if’ and Chris and Marcus and Henry keep saying something about pregnancy, opticians and dentists. I can sort of hear them…but guys, we’re 25, we don’t have time for that.

We have of course both bought Ambulance cover, to our mother’s relief. Much cheaper at $48.35 p.a. so at least we have some of the bases covered.

We have been surfing since, Liam and I. But it is different now. No longer am I communing with nature with a mind free and wild. Instead, I am thinking about the financial risk and I don’t know whether to back off or surf harder knowing I’ve got a Twins Insurance policy which includes one very important clause – “First to wipe out takes all”.

If worst comes to worst, hopefully, it’ll be me, I’ll be buggered if I’m paying for Liam, he still owes me for the gas and electricity!

You can email Tom about his wisdom or folly here: tom@marcustoday.com.au