Family Christmas lunches provide a range of entertainment. This year was no exception. From eccentric aunties discussing their timeshare purchase, to the excitement of a 3-month old baby cousin being introduced to their extended family for the first time. Then there was that nice glass of Penfolds that spilt on the new couch and wayward tennis balls from the backyard cricket grudge match that landed in the potato salad. And my brother showing off his new tattoo to grandma – her reaction another highlight. It’s a day that is seldom uneventful. 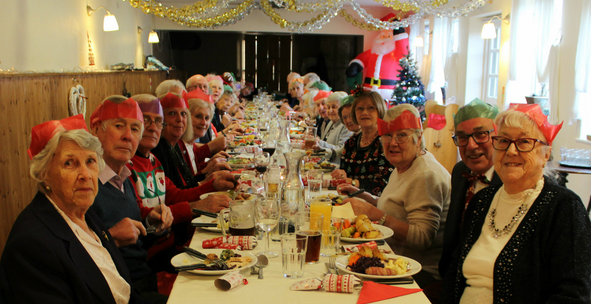 The rather exhilarating (?) topic of conversation that I found myself engaged with this year was about interest rates, property and renting. I don’t know whether my family is actually interested or whether they were just trying to find something to talk to me about. Whatever, it ended up quite heated with the predictable dismissal of my generation which left me defending my millennial demographic from the generalisations and slander cast by some of the senior members of my family.

They think they had it hard and we have it easy. Rubbish. In their day the government paid for students to go to university. I struggle to actually wrap my head around that. And before the decades of 80’s inflation, the cost of property and the ratio of wages to property prices was two or three to one rather than the current ten or twenty to one. No wonder they are all millionaires. It didn’t require brains, it just required owning a property before 1980 or even 1990.

Parents paying for everything forever was their reply. Food, accommodation, school fees, phones, phone bills, cars, car insurance, speeding tickets, parking tickets, the insurance policy excess after an accident, overseas holidays, even beer money. You can add festival tickets to my list. Plus we have a sense of entitlement apparently, only shave once a week, haven’t got a suit, don’t ‘dress’ properly, want to be the CEO on day one, expect to start work later and leave when we like, think our sick day allowance is extra holiday to be taken on a whim, and, most contentious of all, think a $16 smashed avocado on toast is a birthright, not a luxury.

Can’t argue, I had a smashed avocado in a cafe for breakfast last weekend. Think it cost more than $16 (!)

Both sides have good points but let me tell you our biggest bugbear. You lot have enjoyed four glorious decades of property market appreciation and from these prices we think we are coming too late into the cycle. Short of a momentary property market collapse that allows us to get into the market on the cheap, and we certainly wouldn’t wish that on anyone, especially not Mum and Dad, the only way we are going to build the asset base that the senior generation have gloriously amassed is by earning it hard because we are in no mind to follow the same formula as the ‘property’ generation before us. To buy property at these ratios is now a ‘bet’. It’s speculative. It’s not what it was any more, it’s not a cheap necessity, it’s not a cheaper alternative to renting, it’s not guaranteed and at these prices it’s not even low risk. It’s a gamble.

To follow the same path requires me to borrow a lot on and outrageous income to lending ratio. It costs close to a million dollars to buy a block in my current suburb. Twice that if I want a house on it. And if I did that and the property market permanently drops 30% (it recently fell 20%) I’m going to be left owing the Commonwealth Bank $300,000 after-tax money on top of the $40,000 a year in interest. It just doesn’t make sense for us. Imagine having debt up to your eyeballs, only for your house (or unit in my case) to fall in value below what your loan was worth where even if I sold the property (would they let me sell the property at a loss?), I’d still have to pay the bank back tens of thousands of dollars. I’d be financially ruined at this age. And its after-tax dollars. Now I’m working full-time for the Commonwealth Bank.

And there are other issues, the loss of mobility, the daily negative psyche of taking the financial risk, and being a stock market observer, being on the other end of the Commonwealth Bank’s compounding return. Compounding returns are what the mortgage lender enjoys, they are the eighth wonder of the world for them, you don’t want to be the person funding that for them. For them (me) its a life inhibiting financial responsibility and if the property market corrects, a financial catastrophe. 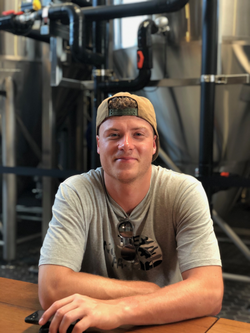 Don’t buy a house then, they said. If its that hard do something else.

Don’t buy a house. I always assumed, I have been indoctrinated to believe, that I would always buy a house and that I too would be a multi-millionaire with little effort by the time I was their age. But what if I didn’t. What if I rented. Does it cost less, is it less risky, should I build my retirement asset another way?

Lets run some numbers and figure it out.

What I want to know first up is the economics of renting versus borrowing and buying.

Here are the numbers I came away with. First up, here are the boring assumptions, you can skip over the dot points below if you want to stay on the story:

Now, I know interest rates, stock market returns and house prices go up and down but it doesn’t much matter. We are calculating a benchmark number from which we can make other assumptions. So let’s just go with it.

According to the ANZ’s online mortgage calculator an $800,000, 30-year mortgage will cost me $1,324 per week to service. Umm, What? I actually had to check the calculator twice. That’s $5737 per month! Marcus, if you’re reading this, I might need a raise!

Other factors that may have slipped my attention:

So let’s look at another scenario, the one I suggested to my family at lunch.

Renting with mates for $300 a week – my living circumstances will change but the point is, let’s assume I rent the rest of my life. In which case I’m not paying the bank $1324 a month, not taking a risk on the property market, I’m not losing my mobility, I am not beholden to my employer because I have to have the job (sorry Marcus), and, instead of paying $1324 a week to the bank I invest all that into my Super which is invested in a low-cost low risk (low return) industry fund (or the Marcus Today SMA!).

If I am disciplined enough to partition and invest the same $1324 a week for thirty years starting now (no nine-year waiting period) then by 2050 I’ll have the $8,048,472 opportunity cost I was missing out on by paying the mortgage. Of course, the key to this is being disciplined enough. Discipline, being obligated to make your repayments, is why mortgages and property has worked. But if you aren’t going to be financially disciplined because you don’t have a mortgage you will doom yourself to poverty. So the flip side of not having a mortgage responsibility is to also realise you still need to save and you still need to do what our parents did, ‘put aside’, to invest. But for me, to invest in Super not property.

For now, before the pressure of a family appears (things will change) my conclusions are these:

The other message I want to convey to my senior family members, is not about buying property being right or wrong, but the idea that I, that young people, may not want to emulate their parents and follow them into the property market. It looks like a big risk to us – buying a falling down Californian bungalow in Bentleigh for $1m of debt is not an attractive deal for us. Instead it is clearly very possible, especially because we have a much longer runway in Super than you did (you only started Super in 1991), to build an asset and a future income stream by saving and investing and without property.

Our job is to earn as much as we can, be as successful as we can, and to collect wealth not show off spending it. For us, showing off with fancy cars and shouting the bar is not cool as it was for you. It’s uncool. We are the ‘tight’ generation. We have to be.

The bottom line is that we’re smarter than you think and if you don’t believe me consider this…we’ve managed to get you to pay for everything for 25 years!

I’d like to finish on a clever point Marcus shared the other day. A BHP share trades hundreds if not thousands of times a day, its value is out there all day for everyone to see. The average house trades once every 5 to 10 years. No one really knows what its value is until the gavel sounds on auction day. If the value of that house was shown live time on a neon counter on the mailbox rotating up and down every day for the world to see, fluctuating the same way stocks do, property wouldn’t be nearly so popular. 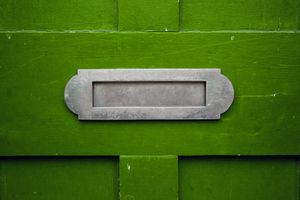 *This research does not predict future performance and nor is it intended to represent financial advice.*