Why the Stock Market Exists

This is a chart from the Australian Listed Investment Company Cadence Capital (CODE CDA) – the table is a little out of date but they make the point that out of around 2000 Australian stocks only 700 are profitable and that out of that 700 stocks they consider only around 35 are “good” stocks and 35 are “bad”. 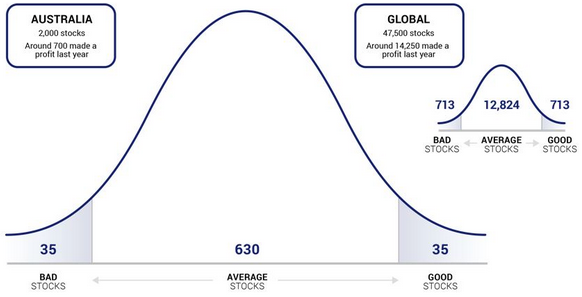 The bottom line is that there are a lot of “crap” investments in Australia, many of which are in the resources sector (Australia’s forte) and many of which only exist to pay salaries. It works like this – Listed companies are allowed to issue up to 10% of their existing capital every year in private placements which are mostly offered to select “mates” of the company, often the Directors themselves. If they issue less than 10% they don’t need a Product Disclosure Statement (PDS) and they don’t have to offer it to all shareholders. It can be done on the quiet and the first shareholders know is an announcement saying more shares have been issued. Every AGM companies like this (companies making no money) ask shareholders to vote through a resolution allowing them to do it. Most shareholders don’t even notice.

This is the way many listed companies survive year to year – by offering another 10% of the company at a discounted price to the market price to select people (organised by a broker). By discounting the price the buyers of the newly issued equity ‘can’t refuse’ the bargain price. But what it means is that when the stock is sold ‘cheap’ the new equity buyers have effectively sucked value from the other existing shareholders. It is a rort, but it is normal, and this is how many companies exist from year to year, issuing shares at a discount, diluting existing shareholder annually, and in so doing raising enough to pay a few Director salaries.

Many Australian listed companies really shouldn’t exist and many should not be listed. I know a few, where the CEO is earning $250,000 a year for pretending the company is engaged in money making activities when really he’s just picking upm a salary, apying the accountants and auditors and generally having a good time doing bugger all.

But, if you haven’t worked it out, that’s what the equity market is for…to raise equity capital for companies the banks wouldn’t lend money to.

You’re bad if you give your money to loss making companies who can’t create value – caveat emptor.