The FOMC has cut interest rates overnight (the first inter-meeting cut since 2008), the RBA cut rates yesterday and the rest of the World’s Central Banks are doubtless preparing to cut interest rates sometime soon – because of the coronavirus. Read the RBA statement and there was no cut and paste this time – nine mentions of coronavirus.

If cutting interest rates actually had a positive impact on the economy it might have some logic, but, at the admission of the Federal Reserve last night, the impact is immaterial.

One day, possibly today, interest rate cuts are going to backfire, and we may already be there, a point at which they no longer inspire confidence, but destroy it. A point at which consumers and businesses get spooked at the prospect of negative interest rates and at thoughts of an economic problem that they themselves have not yet envisioned but the Federal Reserve, or the RBA, possibly has. Otherwise, why would they take us further into this hole?

And as they cut rates, in Australia, the RBA is destroying the risk-free return available to retiree investors, they are collapsing margins in the bank sector, our core dividend-paying sector, and they are reducing the yields on all fixed interest investments from hybrids, to bonds to term deposits. Cutting rates hurts not helps.

Not because of coronavirus, but to support the financial markets in the face of coronavirus. The Central Banks have disturbingly adopted a new role, a role that they weren’t designed for, a role that is building a dangerous bubble and a role that will one day cause a precipitous collapse or a long term economic malaise.

That role is “Babying” the financial markets – the Central Banks are ‘babying’ the stock market and the bond market. The rate cuts are not an economic measure, they are a reaction to the sell-off in the equity markets. 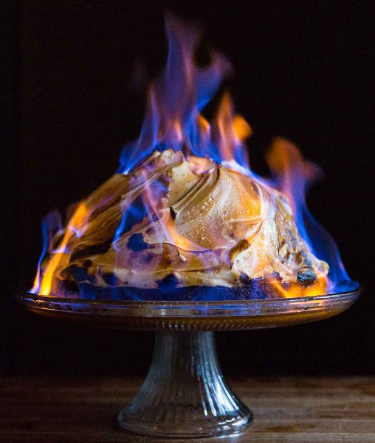 Since the US financial system’s brush with death in 2008, ‘babying’ the financial markets has become a central bank priority. With two blunt instruments, interest rate settings and money printing, they have been quietly managing the bond markets and the stock markets, for over a decade. We thought their job was getting on top of inflation, but that has become a secondary concern, in fact, ‘babying’ policy has gone so far they have, in the background, turned inflation avoidance into deflation risk. Which could have terrible consequences.

Never before the GFC did the central banks concern themselves with the financial markets. The markets were seen as just that, as “markets”, free and fluid, self-pricing and natural. Until the GFC the financial markets were the barometer of economic and central bank success, and at the same time they were allowed to be the barometer of failure as well. All that has changed.

Now the financial markets are being manipulated led by the US Federal Reserve. From Ben Bernanke  (who oversaw the GFC) onwards the FOMC has factored financial market stability into their policy settings and in so doing have wrapped the financial markets in cotton wool and molly-coddled them along. No financial market pain has been taken despite a decade of quantitative easing. Markets have been protected from the natural economic consequences of printing money. Bernanke started it, Janet Yellen (who added the description of Chicken to Hawk and Dove) continued it, and now Jerome Powell perpetuates it – and the US will cut rates again and again if the markets don’t lift (Goldman Sachs predicts another 50bp cuts by July).

The Central Banks are treating the financial markets like a baby that cannot stand on its own two feet and needs constant attention and protection. And their new President is a part of the plot. He is bullying the Federal Reserve into these ‘bubble’ settings, a bubble that will see him re-elected if only he can make it last that long.

It is a dangerous cocktail. The next thing you know they’ll start printing money again, and in so doing, pop a cherry on the Bombe.

It is time for a “deep rethink”. It would take a strong individual to take the lead. Jerome Powell is not the man. We can but hope that Christine Lagarde, clearly an intellectual, clearly a strong independent, has the vision to see the urgency of the problem and the clarity of purpose to solve it.

Without central banks changing their mindset, we will continue to head towards deflation, zero interest rates and stubbornly low growth. And if that wasn’t problem enough, at the same time this central bank molly-coddling will continuously inflate financial markets into a bubble that could, and possibly just started to, precipitously burst.

We can but hope that at some point, some genius in the central bank structure, stands up, speaks their mind and changes tack. Without that, we are investing on borrowed money and printed money.