We are on our own now 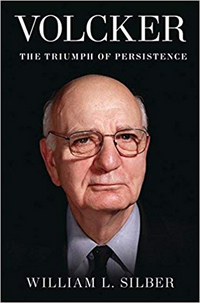 Paul Volcker was the Federal Reserve chairman before Greenspan. He was appointed by Jimmy Carter in 1979 and served as the US central bank’s chairman until 1987.

Volcker was the man who, in an inflation obsessed era (the 1980’s), worked out that reacting to a rise in inflation didn’t work, and that central banks had to get ahead of the inflation curve and start setting policy (raising interest rates) before inflation became an issue, not after.

This is a chart of the US 10 year bond yield since 1950 with the Volcker era marked on it. You can see the consequences of a forty year war on inflation that started in 1980. Inflation and interest rates are now at record lows in the US and Australia – because of Paul Volcker.

In the Volcker/Greenspan period, the central banks did truly lead the financial markets, they set policy, they decided the future course of interest rates and their statements and regular commentary truly was a window on their ‘greater knowledge’. So of course the financial markets hung on every adjective, dissected every word and interpreted every syllable, because the knowledge, that insight, that edge, was in there somewhere, in the deep recesses of the Federal Reserve’s brain, hidden from view but hinted at in words, and there were billions to be made from guessing their true intention for the future direction of official interest rates.

Forty years later we continue to revere them, devote them our column inches and hang on their syllables. But should we? I think not. Not in Australia anyway.

When I did a Masters in Applied Finance we had a professor from the Macquarie University Banking and Finance department lecture us on economics. He told us that for almost a decade he, and a host of other economics PhD’s, had worked for the RBA on a project, a government funded mission, to develop a predictive model for the Australian economy that would contain the key to economic management and stand for all time.

A decade later, faced with its futility, they threw it in the bin. The RBA has a new macroeconomic model now…called MARTIN. This is how it fits in with their other models: 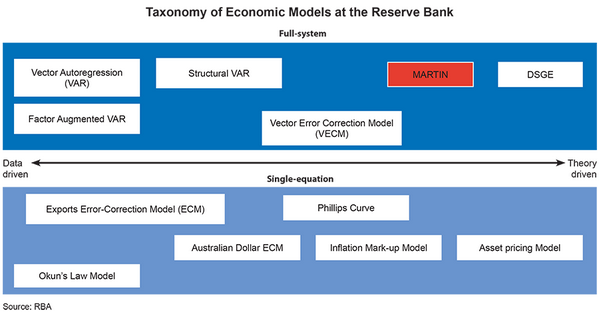 There is no predictive model and the contentionof my professor, openly offered to his students, was that the RBA know little more about what’s going to happen next than you or I or the man on the Clapham Omnibus. Behind that austere outer image is…nothing we can’t guess at ourselves. In the 1908’s and 1990’s the central banks were pro-active. Now, as we have seen this week, they are reactive once more.

In which case, why do we listen?

With the RBA cutting rates again and the FOMC following suit, we have arguably reached an inflexion point at which interest rate cuts have started to do more damage than good. 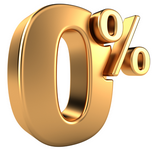 Interest rates are supposed to stimulate confidence, but these recent cuts have left consumers and businesses wondering just how serious the economic problem is going to get and where it is all going to end. We all know that negative interest rates will bring destruction not solution and we fear it.

I heard a commentator on Australian TV this week saying “The interest rate cut is good for the consumer, good for business and good for the stock market”. Sorry but, that predictable low value interpretation is sooo 1990’s. The reality is that the rate cut is scaring consumers, making business more cautious and the stock market dropped 100 points from the RBA’s decision at 2:30pm on Tuesday to the close of the market that day.

And its really really bad news for retirees and savers. The RBA seems to think everyone has debt. They are ignoring the $3.0 trillion of capital in superannaution and the trillions of dollars not in superannuation that is looking for a return, not a discount on the cost of debt.

In the end the RBA and FOMC interest rate cuts have done more damage than goodand, rather than benefit borrowers and stimulate lending, they have raised a deeper economic suspicion as they quietly and relentlessly gut the risk-free return, term deposit rates, hybrid yields, bond yields and bank sector margins (risking dividend cuts) as they force the capital rich, income poor, retiree into an over-priced squall in the equity market.

The bottom line is that the central banks have lost their value. They are out of policy weapons and will squander what little relevance they have left, pursuing a formula that doesn’t work any more (cutting rates to stimulate economic confidence) and is the legacy of a now gone era.

Interest rates have ceased to matter and the ‘greater knowledge’ the central banks once possessed has been replaced by a lack of imagination that will doom us to negative interest rates, a zero risk-free return, deflation and economic stagnation.

Without their tools and without a deep rethink of the Volcker formula, the central banks have lost the means to deliver our financial salvation. Instead they are making it worse.

There is no safety net any more. We are on our own now.