What was the sign in the background? I have been emailed a few times. It was this: 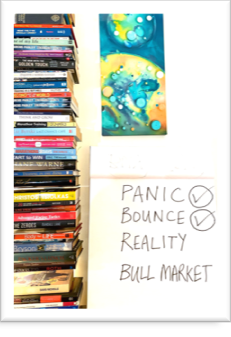 It’s a representation of my assertion that we have been through the ‘World is going to end panic’, we have then seen the ultra-fast ‘World is not going to end’ rebound, and we are now coming into the sober ‘Reality kicks in’ period, which will be punctuated by cascading negative economic headlines and corporate announcements, which will hopefully be followed by the ‘recovery’ rally which will be followed (fingers crossed) by a long comfortable bull market. The biggest risk to this is if the final stage is a long bear market. Let’s not worry about that yet. The next stage is to be careful about the corporate and economic reality about to hit home. 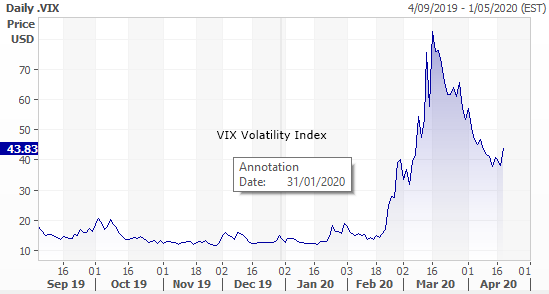 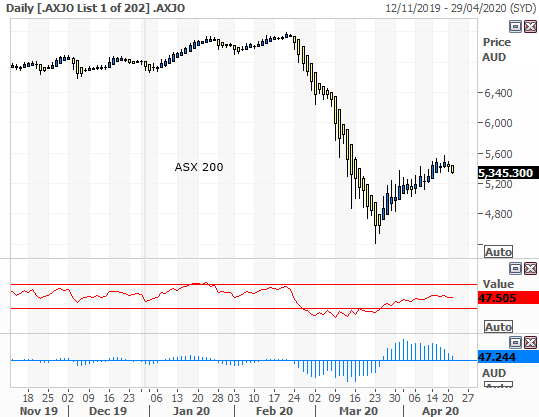 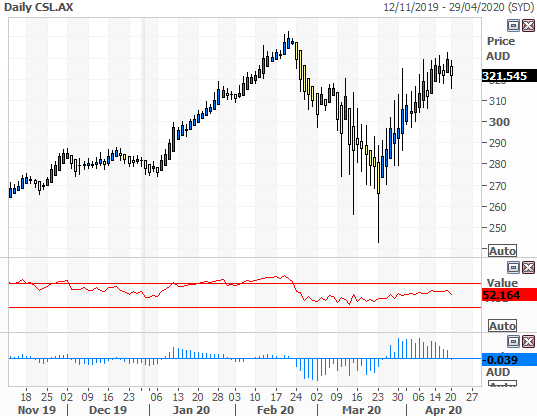 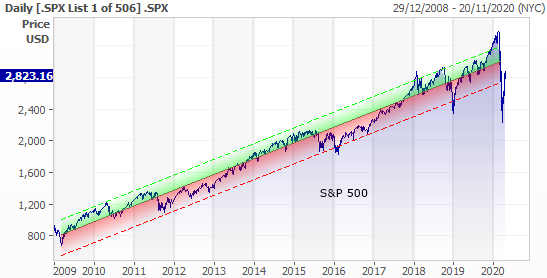 WHICH STOCKS ARE MOST AT RISK

My colleague Ben O’Leary has put together this list. We have tried to identify stocks that are unaffected directly by COVID-19, those that are directly damaged, those that have released guidance, withdrawn guidance or said nothing. The idea is to identify which stocks are yet to clarify the earnings damage and have heightened ‘announcement risk’.

Having said that, even the companies that have already had earnings announcements, especially those that have withdrawn guidance, are still at risk of another earnings downgrade, profit warning, capital raising or other announcement ‘shock’. So beware. The companies to have a good look at are those that clear up the earnings uncertainty either way (APX last week). After they make their announcements they have effectively de-risked themselves for a few months and can be reasonably accurately valued and possibly bought – especially if the share price popped up on the announcement. Share price ‘pops’ can start trends in this market. 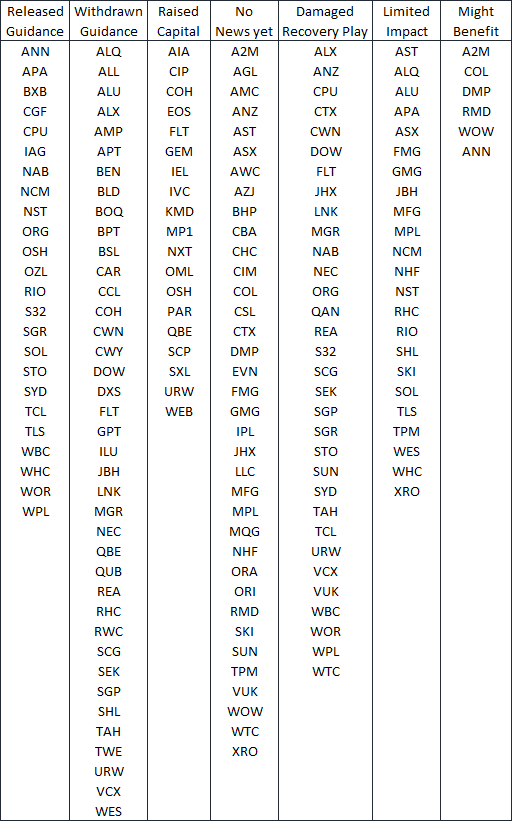 A quick word on the negative oil price down 305% to negative $40 a barrel. Tomorrow’s headline will be see WTI bounce from minus $40 to plus $25.

The overnight price movements are not a reflection of oil price supply and demand but the rather amusing concept of oil price speculators doing whatever they could to get rid of their May WTI (West Texas Intermediate) Futures contracts before expiry last night. Usually there is a market for Futures contracts which are rolled into the next month but the global demand situation and the lack of storage capacity destroyed the liquidity and speculators (not producers or industry participants) had to do whatever they could to get rid of their futures contracts. Effectively paying to get rid of oil. The alternative was taking delivery which raises the rather amusing concept of an oil tanker being dumped at the reception of the offices of a New York Futures traders. The minus $36.98 May Futures price is not reflective of the real oil price which is still sitting at $26.13 in the UK (Brent Crude) and $21.77 in Asia (Tapis).

The oil price situation is obviously not great (for oil producers – its great for the economy) and the oil price is getting to a point where OPEC production cuts are immaterial – it simply won’t be worth producing oil – the market will self-regulate as oil producers in the US in particular cut production. At some point the world’s economy will get back in action, at some point oil storage will peak, at some point the oil price will bottom. The headlines today are creating the low point not the high. This is not the moment to sell. We will look back on this period as a buying opportunity one day. We are still holding our oil stocks (we’ve halved them actually but will look to re-buy). The sector is down 46.9%. It’s not denial. It’s a judgement on where sentiment is. You have to get ahead of the headlines not respond to them.