Back to the Future

BACK TO THE FUTURE

It is interesting sometimes to look back at momentous turning points. For us, at Marcustoday, that was late March.

Many subscribers will know we went ‘all in’. A courageous call some said at the time. Courageous in the same way that Sir Humphrey used to say it in ‘Yes Minister’.

Yes, it was brave. Fortune favours the brave, there is a time in the affairs of men when taken at the flood, etc. But what is more important than the call is why and our commentary around that time.

I thought it would be a good idea to have look back at my March ramblings in Henry’s Take especially on small caps and the overall strategy of the team.

It is very instructive and a good check on our thinking.

Here is a selection of what I published that fateful day (and two days prior). We had gone ‘All in’ on 24th March.

The Buzz Lightyear moment I wrote about on March 24th as we went all in. Marcus wrote extensively on this too. He just didn’t have the Toy Story picture.

Last night the Fed went all Buzz Lightyear on credit markets. To infinity and beyond. 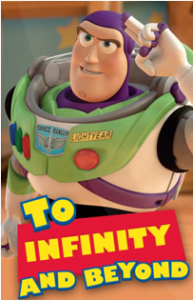 One of the great things in this market (there are not many) is the coordinated approach that central banks have taken. The GFC was a dress rehearsal for the big one. Central banks have a plan, they are the backstop and prime broker to the world’s economies. Unlike politicians that are flailing around and struggling to come up with a coordinated response, the Fed, the BoE, the PBoC, the RBA, RBNZ, the BoJ and others are on the same page. Unlike governments. To be fair, governments have a far more difficult job, so we need to cut them some slack.

Last night the Fed went all in. To infinity and beyond. The Fed will buy unlimited amounts of Treasury bonds and mortgage-backed securities to keep borrowing costs at rock-bottom levels and to help ensure chaotic markets function properly. Lubricating the system. Unblocking the plumbing.

In fact, some of the moves from the Fed stray into fiscal policy. Signs of corporate stress did ease. CDX Investment grade index spreads tightened. The other good thing is that the Fed and the US administration are working well together. What we do not need now is the administration fighting the Fed. There is an old adage that says, ‘do not fight the Fed’. That should apply to Trump as well. Coordinated and united we will beat this. Divided and chaotic is not an option.

If the US can agree on the fiscal stimulus package, that coupled with monetary policy will be a big right and left hook. Will it be enough? Could be enough to kick off some confidence? Yes, it could.

We are looking for some good news. Any good news. The Fed and stimulus package could be the catalyst.

This from two days later, again Marcus wrote extensively on the subject too:

We have had many emails and posts about our decision to go ‘all in’ effectively on Tuesday.

It was a measured decision and was predicated on the belief that the market would bottom (at some stage) and will bottom in anticipation of the end to the crisis. It was a combination of the Fed monetary stimulus doing its ‘To infinity and beyond’ rescue package and the $2 trillion that was about to be unleashed by the fiscal stimulus. Now an agreed (well nearly) reality.

To put the US stimulus package of US$2 trillion in perspective, it is 2/3rds of the UK economy. The UK is the world’s sixth-biggest. So this is the biggest bazooka that has ever been fired. A nuke. A coordinated nuke strike.

We have been waiting and talking amongst the team about the catalysts to go back into the market and reinvest. This was a serious signal. The technical indicators also were flashing oversold. ‘Warning Will Robinson’ and backed up our catalyst based take on what could turn it around. The fact that Trump talked about being open for business at Easter was a bonus (so would be the Easter bunny) but we have learnt not to rely on his utterances as a good signal.

The fact that we are seeing central banks flooding the financial system to avoid a credit crisis is a serious stimulus measure.

One thing the banks have learnt from the GFC is how to free up credit markets. They learnt well. They learnt that it has to be a bazooka, a pop gun does not work. They also learnt to work together.

Credit markets are not sexy, they are not well understood but they are the plumbing of the financial system. Anyone who has a blocked drain will know how bad that smells and the repercussions for everyone. Does guarantee your Xmas guests leave early though. I have experience with this. Freeing up the credit markets is crucial to restoring faith and getting business through this crisis.

This crisis is unlike any we have seen before. The way to cure the crisis is a three-pronged attack. Attack the virus and its health implications, fiscal stimulus and monetary stimulus. IT MUST BE COORDINATED. It has worked, at least in the short term. We will see if it works long term or we have passed the worse.

The great thing about being a small fund or a retail investor is that if the circumstances change, then we can sell again. We are not locked in. We are not at the mercy of liquidity because our positions are too big.

Flexible and nimble and adaptable is a good way to be in a market that is changing so quickly. Fear and Greed are spectacular motivators.

Something we have talked about for a little while. Much as the US economy is getting a huge bailout as are we, companies will be going to shareholders to get bailouts. 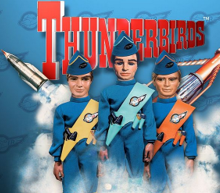 It happened in the GFC. $160bn worth of fresh funds were donated by shareholders to rescue their companies. Yesterday we saw the first big one in Cochlear (ASX: COH). Yes COH has had to go to its shareholders with an SPP and Placement to raise over $800m.

One issue and it’s a tough one is that retail shareholders will get ripped off. It’s a placement so only the instos and sophisticated investors will be able to get into the action. There is an SPP but its tiny, only $50m. The slops leftover for mums and dads. The company has said that in an ideal world they would have done it through a rights issue. This would have given existing shareholders a far better deal. But this is not a normal world. And COH is not in normal circumstances.

Much money was made in the GFC by backing these recap trades. Muchos dineros for those lucky enough to get stocks like COH at a 16% to its closing price on a rubbish day.

Currently, we have Webjet (ASX: WEB), Ooh!Media (ASX: OML) and Flight Centre (ASX: FLT) out and about trying to raise cash. Or at least do something to shore up the balance sheet. Investment bankers will be busy making lists, checking them twice on which companies will be under stress and will need money. Hopefully, retail shareholders will be able to get a decent bite of the cherry. Hopefully.

This is not about hubris and patting ourselves on the back. It is about communicating why we made the decisions that we did and how we can help you handle your portfolio and stock selection in the future.

We all need to learn not only from our success but also from our failures. Sometimes failure gives us a better lesson. Pain hurts more. But it is also important to acknowledge when you get it right. And it is not just luck but experience.

The team has over a century of experience in financial markets. And we are a small team. Just makes us old, I guess.

But it is important when choosing your source of information and wealth managers, that they have the experience and the ‘kahunas’ to back it up when the going gets tough.

We have made three big calls in the last year. In August 2019, we went to 100% cash as we thought the trade disruption risks were a significant negative. We were wrong. The market rallied. We bought back in. And we learned from this.

Despite being wrong and buying back into the rally, we had the guts to call it again to cash when the custard hit the fan back in February/March and then the courage to reverse that decision and go ‘all in’. Learning lessons is imperative in investing. You are never too old or too arrogant to learn.

Listening is important. Listening to what the market is telling you. It is alive. It is a dynamic being. It lives and breathes as a collective gauge of human emotion. The key is to be open to what it is telling you and act. We did and hope you did too. And more importantly, we will act again if circumstances change.

Part of the beauty of being flexible in our investment approach is not stuck to one overwhelming dogma like ‘value’ investing. We think when fighting in the investment trenches, it is important to use every weapon in your armoury. Having to fight with one arm tied behind your back because you are ‘value’ investor or ‘technical’ investor only, is silly.

The weapons are there. Use them. We certainly do.