Some of the big movers from today

There may be some way to go with legal challenges and further accusations of fraud, but as it stands Joe Biden has won the election race and is set to become the 46th President of the United States of America, with Vice President-elect Kamala Harris the first woman, the first person of colour, and the first person of Indian descent to take the role. 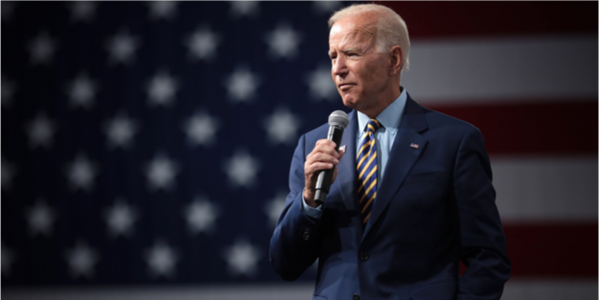 It wasn’t all smooth sailing for Joe, as early polls showed Trump in a very strong position, but the strength of numbers of mail-in voters in the likes of Michigan, Wisconsin, and finally Pennsylvania got the democrats over the line. Here is a remarkable video of Bernie Sanders calling the vote count play-by-play to perfection on the Tonight Show with Jimmy Fallon in October.

Betting on the result

There has now been over $1bn traded on Betfair’s “Next President” market. Betting odds saw wild fluctuations and at one-point Trump traded into heavy favouritism before Biden came charging home in Michigan and Wisconsin (among other states). Biden is currently sitting at $1.06, with the punters giving Trump the slightest chance of success with his challenges. 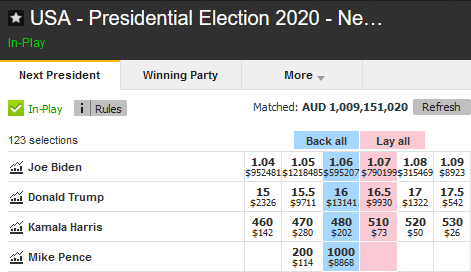 Trump was always going to put up a fight and there is still some way to go until we are free of the legal challenges. It also looks like we will have to wait until January 5th for clarity on the Senate, with run-off elections set for the Georgia seats as neither party received the 50% vote required to take control. It does still look likely that we will end up with the split congress that the market rallied on the back of last week, but we will have to wait a little while for final confirmation.

Assuming the transition to power is ultimately smooth(ish) and the Republicans hold the Senate, here is some of what we can expect the election outcome and a Biden-Harris led America: