Accent Group (ASX: AX1) – Last week’s ‘immaterial’ acquisition of retailer Glue Store sent the stock up ~11% on the day, turning eyeballs in this footwear retailer’s direction. The move brought back into focus its push into the apparel space, which started back in 2019. The share price has added ~80% since then, helped by a surge in online shopping. The game for AX1 at the moment is still, undeniably, shoes. Touting a collection of almost 500 stores across several different brands you’ve probably even got one of their pairs on right now or tucked away in a cupboard; Dr. Martens, Merrell, Saucony, Skechers, Sperry, Timberland and VANS just to name a few. It is the country’s biggest footwear retailer, with more than 20% of the market in its pocket.

At the moment, it’s not all sunshine and rainbows for retailers as the likes of PMV, KGN, JBH and RBL cycle through elevated sales growth from last year. Growth on the same period back in FY20 is unlikely to be repeated, as shopping trends revert to pre-covid levels. 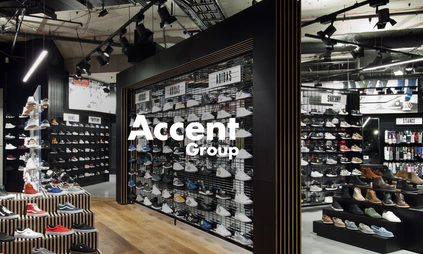 AX1’s digital, sales which make up one fifth of total sales, notably easing from highs in its most recent update. They even included a tacky red arrow in the presentation to emphasise that there is still some hope of an overall upward trend.

Recently, JBH CEO Richard Murray announced his resignation after a massive 18 years, jumping across to fill the CEO role at PMV. His resignation was viewed by some as a punctuation mark that the top in the retail space has come. Last Friday, Kogan upset the market with its quarterly update, turning the conversation toward the post-covid slump for pandemic beneficiaries. There is an argument that AX1 is slightly more resilient however, as its market is more geared to reopening in comparison to the work from home orientation of KGN and JBH.

Another small cloud hangs over the business. Despite the surge in profits, AX1 has refused to return wage subsidies received during the September quarter, echoing moves from other retail heavy weights like KMD’s David Kirk, PMV’s Solly Lew and HVN’s Gerry Harvey.

Its half year update in February reaffirmed the trend in online shopping but that’s all in the past now. 1H profit came in ahead of consensus estimates at $52.8m. Revenue slightly missed estimates, at $478.1m vs consensus $495.0m. EBITDA $97.5m was in line with guidance. An interim dividend 8c, fully franked was declared, up 52% from 5.25c a year ago. Gross margin improving as well. The business now working hard to hold onto it covid success.

As part of its growth ambition management was able to open a whopping 50 new stores during H1 and closed five stores where required rent outcomes could not be achieved. That said, as normality in Australia resumes rental costs may start to creep back up. Aims to open at least 90 stores in FY2021 across all banners. The push to increase physical stores considered a curious strategy by some given online sales fuelled much of its recent success. 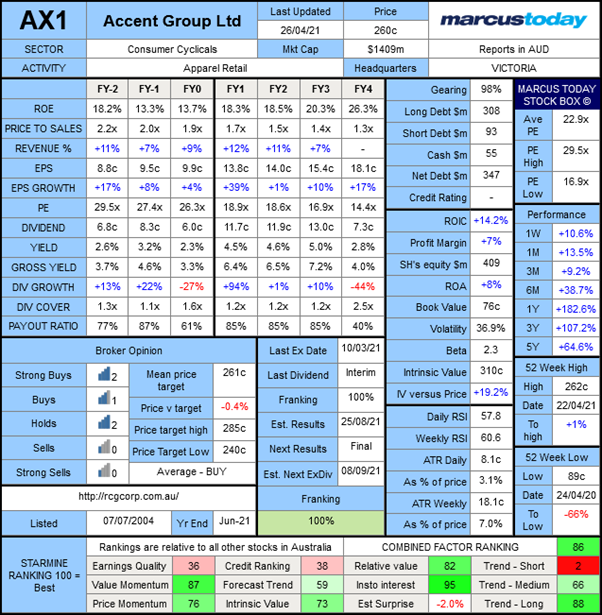 WHAT SORT OF INVESTMENT IS AX1?

Accent group is a rare mix of growth and income. It is a retailer that is working hard to hold onto customers and the growth that helped fill its coffers in 2020. New store openings, new brand offerings and even new store formats targeted at healthcare and hospitality workers are the pillars supporting FY21 goals. Its 4Workers format slated for launch in May. In its growth plan, AX1 highlights digital sales lifting ~10% to 30% of total sales and targeting 10m ‘contactable’ customers as objectives for the business. Data and analytics are expected to drive more targeted ads and marketing campaigns. CEO Daniel Agostinelli pointing to the group’s “unrelenting focus on ‘VIP’ members, vertical and virtual channels as drivers of sales and profit margins over the half”. That said, even if it executes its strategy well, there are still questions over its ability to improve on an impressive FY20.

The stock is up an impressive 170% over the last year, adding ~20% in the last two-weeks with the acquisition of AX1 helping gild the share price. It is another name that satisfies the 3MA and bottom left to top right criteria (BL2TR). The asymmetry of risk however appears to be on the downside as it breaks into overbought territory, RSI sitting on 74 having eased back from a high of 84. The 300c level a point of resistance. The stock now off its highs with possible support around 290c. 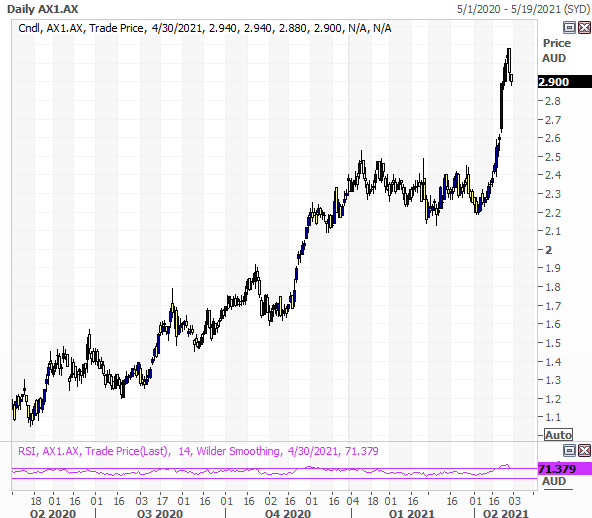 Morgans calculate the Glue Store acquisition will be a negligible contributor to FY21 but still ups estimates for FY22 and FY23 after adding more favourable margin assumptions to its model. Adds Glue Store has struggled in the past. Citi sees the bolt on as evidence the group is willing to pursue growth opportunities although, it doesn’t have that much cash on hand to play with. Increases its target 6.3% to 255c. Sees a possible lift in competition in the near term. Cuts price target on valuation grounds as the stock is up more than 25% in a month. Morgan Stanley echoes similar sentiments to the other brokers adding execution is strong and near-term momentum is likely to continue but cautions comparisons to prior periods will likely be tough to mimic in FY22.

Nothing ground-breaking to take away from the top investors, a few bigger parcels of stock traded around the release of 2020 results. Not very exciting. 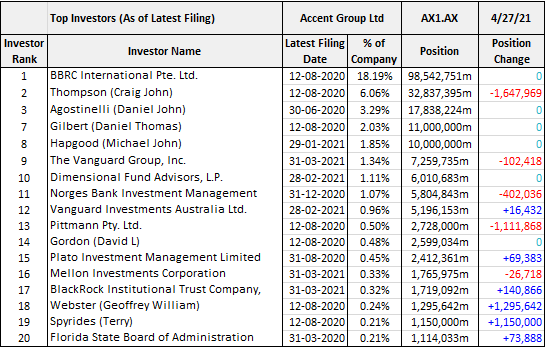 An understandable spike in shorting through the pandemic followed by a significant fall as vaccines were announced. Practically no one holding a short position. 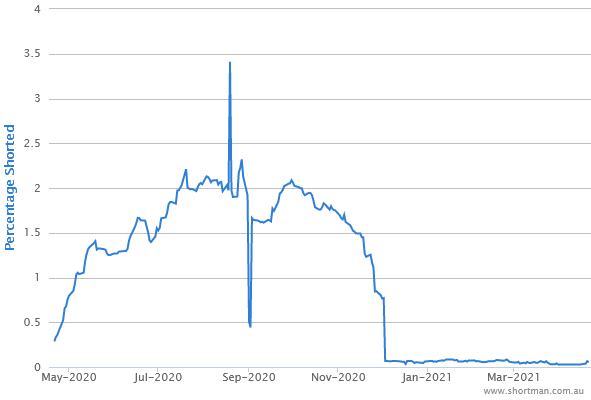 Find out our conclusion by signing up for a free trial to Marcus Today – CLICK HERE to get started. Once you are logged in go to Articles -> Buy Hold Sell to find this conclusion and all our other research reports.