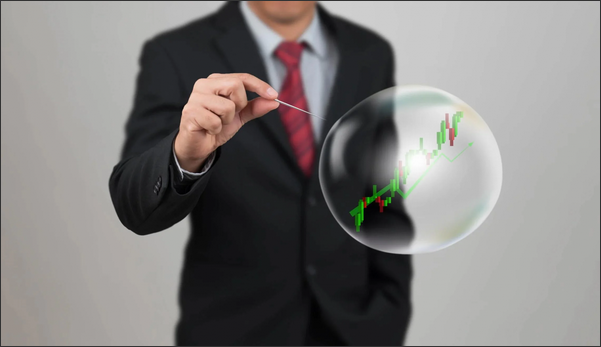 Newsletters are a cyclical business and all of us in the industry know that when the stock market turns down things will become harder for all of us, for Members and their investments and for Marcus Today as a business. Thankfully most corrections are short and sharp (the GFC was 18 months long which is why it hurt so badly) and when they come there's less demand for advice, less enthusiasm for investment generally, and that will translate into less trade, less Members, less funds under management and less revenue for Marcus Today. It's normal.

As a broker since 1982, I know the industry has good periods (usually) boom periods (occasionally) and terrible periods (once every 3 years there's a standard 10-15% correction and once a decade a crash). What we are seeing now is a seemingly anomalous/illogical/inappropriate stock market boom, it is a moment, part of the cycle, but let's not pretend that making money this easily, that the ASX 200 going up 73% in a straight line, is normal.

But of course, we all think it is normal, when we're immersed in it, without looking up. It is only when things sober up or go bad that we look back, when the US market has doubled in 18 months and people are complaining about 20% returns, and realise that "Normal is actually Great".

We always think the booms are normal. They aren't.

Signs of the Top is an attempt to be objective, it takes experience and some wisdom to spot the signs at the top and one example of that was when I was at Bell Securities in the Tech Boom.

I remember going into a morning meeting in April 2000. Brokers have morning meetings every day, to swap ideas, discuss business, the market, to let the experience and wisdom seep down from the top, to the bottom.

It was the middle of the tech boom, although, as it turned, in hindsight, it was the top. There were signs. There always are. As the article says, just before the GFC the signs included three stockbrokers listing on the ASX (they all ended up falling 90%) and another sign was another broker, Patersons, putting their name on a football stadium. Subiaco became Patersons Stadium. Surely the top!

In the tech boom the sign was Andrew Bell in that morning meeting in April 2000. He announced that we had had the best day of commission ever. I had personally written $11,000 of commission the day before. One of our number, a mobile phone salesman two years earlier, had that day employed an assistant just to process his orders and was introducing him to us that morning.

Andrew told us to look around because, in the style of Top Gun, “It doesn’t get to look any better than this”.

In that morning meeting he unknowingly (knowingly?) called the top of the tech boom. It was as good as it ever got, and quite honestly, I’m not sure it has ever been that good/easy/lucrative in this industry ever again. Perhaps some of the Bitcoin beneficiaries might disagree.

That morning meeting taught me the catchphrase that I have used many times since, that “Normal is Great” because it’s only when things go bad that you appreciate how good normal was. At the moment we think that this bull market is normal, but it’s not, it’s great.

In the end, the one thing that will upset the financial markets and impact your returns and our business is the herd. When the herd turns, it turns, and it can do so without planning or logic. It could happen for the most subtle of reasons, or the most obvious, so let us not sit complacently by, we all have to recognise that we are in the hands of an animal and it is not driven by logic or science. All we can do is watch for it and react to it.

My game plan is to take Kerr Nielsen’s advice and “run the market to the last minute”, it is our professional responsibility. Sell early and you and I could miss an infinite upside. Sell when the top has started, not before, and make decisions based on how much downside we can take.

"But what if it crashes?" I hear you ask. The market very rarely gaps down without warning. We just have to hope we are attuned to the signs and do something about the sell-off before it turns into mainstream panic.

All we can do is (1) not fear too much (this could go on for years) and (2) turn on our screens every day and continue to make decisions based on all the things that happen in fact, rather than making decisions on all the things we can imagine but cannot possibly know.

It’s a bit trite, but your best bet is to stay invested whilst the boom is on, keep taking risk for now, and not worry about predicting the top until it starts. And when it does I can guarantee you’ll be reading about it in here!

Meanwhile I look forward to a correction to buy stocks at lower prices.