The reopening enthusiasm is palpable in Victoria. The sun is shining a little brighter and the air through the thin layer of cotton mask is arguably, sweeter?

I was asked to look at a company which has done very well out of reopening activity and closed international borders. Campily (CHL), the business has created an ecosystem that connects camper van/RV owners with keen travellers, close to an Airbnb for wheels.

Unlike other camper van rental operators like Britz, Juicy and everyone’s favourite Wicked Campers. Camplify has no inventory. It is just the platform that connects the owners to the travellers. P2P is the technical term for the type of business which means peer-to-peer.

The idea for the company is not original given disruption from these types of platforms has been going around for a few years now, think Airbnb, Uber, Airtasker. That said, it does address a conundrum that some caravan owners have wrestled with and solves a problem for less affluent but equally travel-hungry punters. 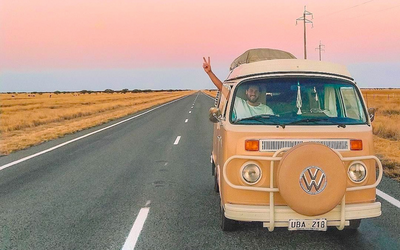 It was started in 2014 by Justin Hales. When searching for the perfect van to hire, he noticed all the unused caravans and campers sitting on driveways around his neighbourhood and thought it would be great if he could simply rent from his neighbours.

As of January 2021, there were ~741,000 RV registrations in Australia, indicating the scope of its possible market. At the time of its prospectus, however, Camlify only had 5,400 RVs registered on its platform. According to the IPO documents, the average annual income for a motorhome owner renting out their vehicle through the platform is $10,600. The average number of days the motorhome is in use is 52 days a year. All the vans on the platform are fully protected for any damage that occurs when out on hire. Hirers are also protected by the Accident Excess but, CHL points out that insurance may not be adequate in coverage and may not insure all risks, which leaves you feeling a little uneasy.

Camplify has reach outside of Australia in the UK, Spain and New Zealand but at the moment contribution from those markets is quite small. The customer acquisition cost is relatively low around ~$6 for hirers which is down from $13 in the previous corresponding period. CHL pointing to network effects and referrals as the main drivers. A lockdown country with pent-up travel demand is most likely the main tailwind.

Its September quarter report revealed growth was persisting despite widespread lockdowns. Revenue for Q1 FY22 of $3.07m reflected a growth rate of 106% versus Q1 FY21. Operating costs for the quarter increased by 30% compared to Q4 FY21. Seasonality and the southern hemisphere lockdown impact were named as reasons for the increase.

CHL highlighted its overseas momentum led by UK and Spain although failed to mention the actual value, which makes you think it wasn’t that much. The release didn’t provide any comments on the outlook, but the stock responded well to the update. Up more than 20% on the day. The ‘growth despite lockdown’ headline likely adding to support.

Estimates see CHL swinging to profit in FY22 although, for a growth company, most of the focus is on expansion, customer acquisition and growing margins. ROE of 12.4% isn’t bad but there is a significant amount of volatility in the future estimates, up to 69.5% next year then back down to 7.9%. A PE of 86.8x is expected for this type of business. The PE is expected to fall in the next few periods. 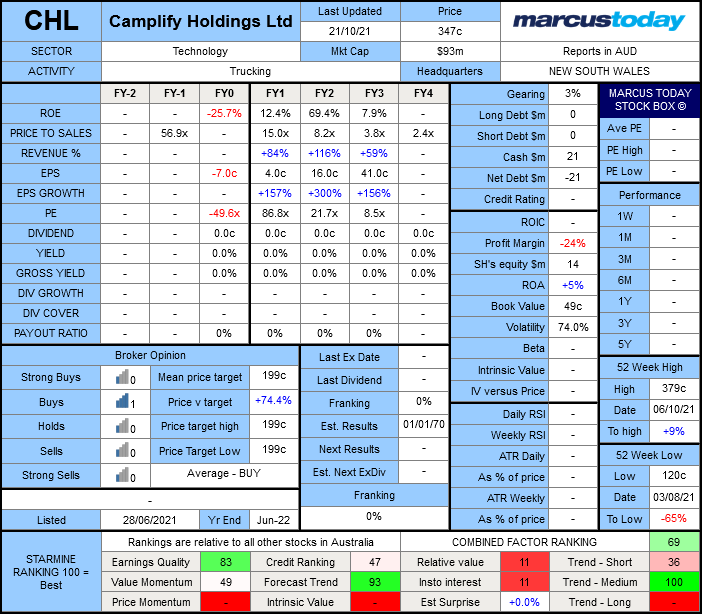 Morgans, which was the underwriter for the IPO said all key metrics for FY21 came in ahead of prospectus estimates. As we have pointed out previously, most companies have a trick to beat prospectus forecasts so that observation should be taken with a grain of salt. Morgans has an ADD rating with a 199c price target, more than 40% behind the share price.

CHL is up more than 200% since listing in June. The most recent candle indicates the well-received quarterly update. RSI is in overbought territory. MACD forest has moved back above the ‘signal line’ which can be interpreted as a bullish sign. It will be interesting to see where the stock settles in the next few sessions. 400c is arguably the next main support for the stock. Liquidity another consideration to be mindful of as well. 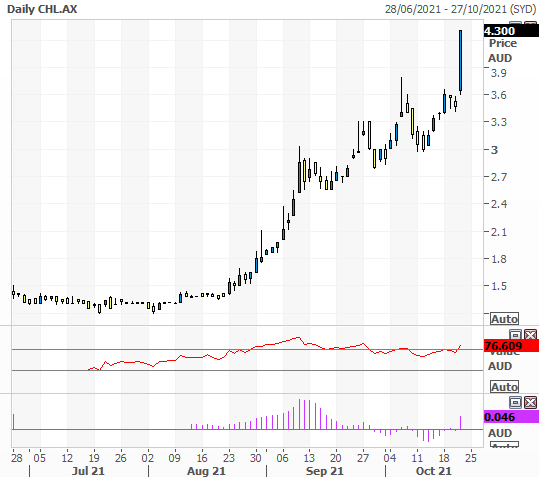 Only one shareholder at the pointy end of the registry is classified as a seller. Acorn Capital cut its position by ~1.5m shares in September. Founder Justin Hales added to his position in July along with executive director at Apollo Tourism & Leisure Ltd, Karl Trouchet. 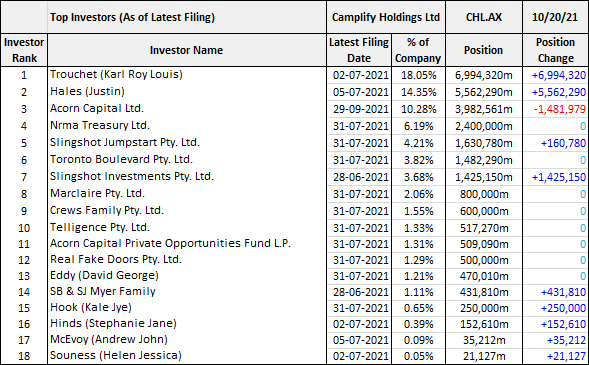 CHL is a clever idea but not original. Its growth numbers are attractive and its resilience through lockdowns should be commended. The main headwind, however, is one that is not unique to CHL but an issue with all P2P offerings, Airbnb and the like. It is the ability to use the platform then cut out the middleman and do it yourself for cheaper. Have you ever talked to an Airbnb host who said just go through them privately to secure a better deal? The other concern is that once international travel is back on the cards, the attraction for campervan travel will be dampened. CHL had a wobble back in October, the day Australia announced the easing of international border restrictions. The prospectus has a survey that attempts to rebuff that concern, but it is hard to argue against the level of pent-up demand for international travel. HOLD given the share price trend. Great idea but may not be as profitable in the long run as expected.