The median Sydney house price is rising by nearly $6000 per week. In Melbourne, it is a similar number. Central banks and regulators are stepping in with tougher macro-prudential rules but that isn’t going to going to stop the boom. CBA calculating national prices will rise 7% in 2022 despite APRA’s move to lift serviceability requirements. The new guidelines don’t influence most of the factors that drive prices with interest rates still at record low levels.

This week, talk and concern have been centred around inflation which is expected to push central banks to take action earlier than expected. Concern that is misplaced according to one Deloitte economist, Chris Richardson. 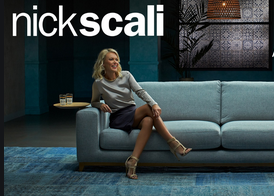 “Wake us up when wage growth has doubled.” Inflation unlikely to be sustained until that point. Using the RBA’s own framework, wage growth would have to be more than 3% before inflation hits the bank’s 2-3% target, rates unlikely to change until then. If that is a long way off, what stocks are going to continue to do well in this climate? One that is tied closely to the success of the property market and has done very well is Nick Scali (NCK).

Nick Scali is up ~50% this calendar year and more than 300% since the pandemic low. The furniture retailer jumped back into the spotlight last Monday announcing the acquisition of Plush-Think Sofas for $103m in cash.

Merging last year’s numbers together, the combined business in FY21 would have posted revenue of $533m, up 42% on NCK’s top-line result in FY21 and EBITDA of $153m, up 21% on NCK’s FY21 result. The transaction is expected to be earnings accretive in the first full year of ownership and the combined business will have a total of 108 showrooms across Australia and NZ.

Brokers liked the deal with Citi calculating cost and revenue synergies given the highly complementary businesses. What’s possibly more interesting are the muted consensus expectations for EPS. Citi observing consensus estimates see a 23% decline, which doesn’t marry up at all with the strong order book or the buoyant property market. Low expectations make for big re-ratings. Macquarie expects EPS in FY22 to rise ~4% after incorporating the Plush acquisition. 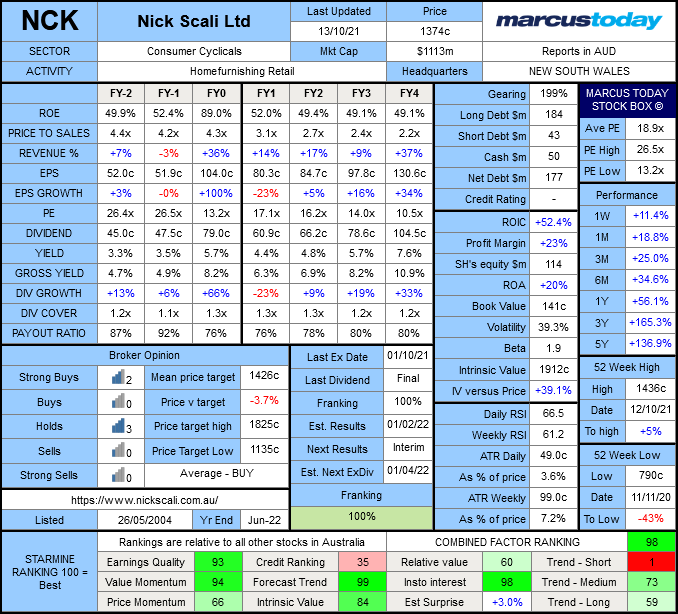 WHAT TO LOOK OUT FOR?

Trading during July was hurt by lockdowns with sales orders down 27% vs year-ago and up 24% vs 2019. NZ balanced out some of that underperformance with written sales orders up 91% in July 2021. We are likely to see another mixed trading update on October 25 at the company’s AGM, given lockdowns in NSW and VIC for most of the quarter. That said, the market will probably be paying more attention to the outlook and pace of bounce back from lockdowns than historical numbers. One other area of concern will be comments on supply chains which again, will likely reveal some pressure. What does help alleviate some of that concern was NCK’s ability to improve margins in FY21 despite rising freight and supply chain costs.

NCK is up ~60% in the year to date with a majority of that gain coming in the last few days as the stock looks to its AGM. Given the stock is in overbought territory and the rate of change in terms of momentum is slowing, the annual meeting is likely to be one of those, better to travel than arrive moments. With that in mind, weakness will likely present an attractive entry point. Brokers are expected to update their forecasts after the meeting which will provide more of a gauge for sentiment as well. 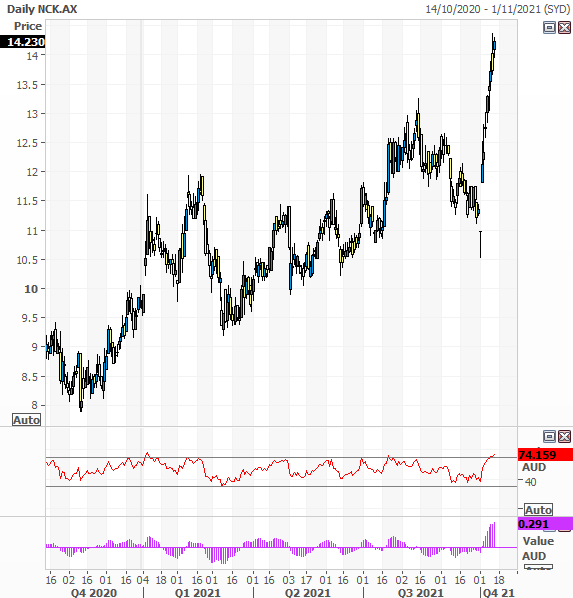 No big moves from the top shareholders list. Good to see more blue than red. 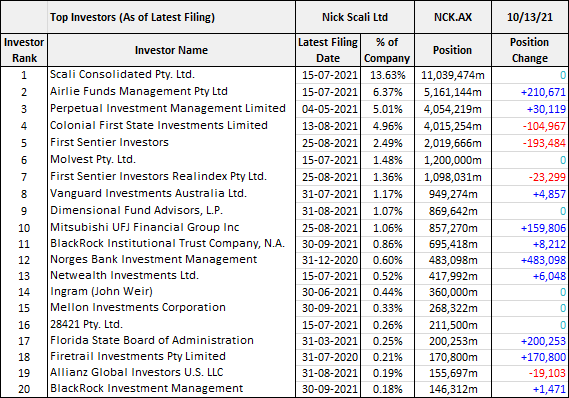 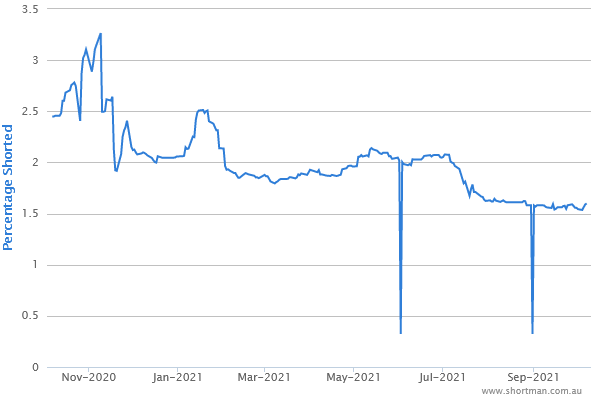 NCK is running hot with a buoyant property sector at its tail, reopening and vaccine momentum plus a newly minted acquisition in its pocket. The AGM is the next catalyst for the company and while it is likely to reaffirm a strong outlook, the asymmetry of risk points to the downside for the share price. Short term weakness should be perceived as a buying opportunity given the strong macro and business tailwinds. On fundamentals alone, the business stands out from its peers, an ROE of more than 50% with a PE of 17.1x is rare to find. A growth-focused investor would be looking to buy on weakness, which could come at the time of its AGM. It would be prudent to wait and see how the market responds on October 25.