We live in crazy times.

If you had told me a year ago that inflation in the US was 7.5% and climbing and the response from Powell and his lunch club was to raise rates by a massive 25bps, you would have laughed. That man is getting serious.  I mean really? A quarter point higher. Now I know the bond markets price the risks and the rates, so the Fed is a signaler rather than anything else. Much like our own RBA. The Fed has now signaled that rates will be 2.8% in 2023. But it will get there slowly. The boiling frog syndrome. I have spoken about that many times and we all know the way to boil a frog. Cold water and heat it up gradually. The frog doesn’t even realise it is being boiled. Mind you these forecasts are from a Fed that thought that inflation was ‘transitory’ and a small blip. They wanted some but not too much. Hard to juggle that. Over in the UK, Brexit is working out great. Such a mess and inflation there is spiraling as GDP falls, tax rises and energy costs soar. Meanwhile everyone is getting CV19 again. And again, and the NHS is falling apart. The Bank of England raised rates again last night to 0.75%. How is that working out?

I had this conversation with a member on Wednesday night about the thin veneer of major institutions and so-called ‘experts’ appearing to know what they are doing. As long as we believe that they know what they are doing, we go along with it. What are the alternatives? Anarchy in the UK? I am by nature a bit cynical but even I go along with it. We need that structure and belief. The market now wants to believe that the Fed is back on top of the situation. They have this. Inflation may be elevated now but, war aside, it could ease. We saw that in the housing data, suggesting US builders were doing more as prices eased. We even ‘celebrated’ oil at $98. That didn’t last long. Oil companies around the world are cleaning up.

It is all about perception. When Super Mario saved the EU from Greece saying he would do ‘whatever it takes’, he didn’t actually do whatever it took or actually anything at all, but the markets were happy enough to know that he would act if needed. The markets now seem happy to take Powell’s word for it. He has got this. Slowly and surely inflation will ease, rates will rise and the US economy will keep on delivering.

That is a bull point.

The other bull point is China of course, especially for commodities. It is cutting rates. Crazy I know. Stimulating the economy, even supporting big tech (they now know that Beijing can stuff them up at the stroke of a press release). The lockdowns whilst draconian are working. Some industries are now working in a bubble much like the Olympics were run in. I know there were 48m people in lockdown and we were all freaking out about growth, but in a population of 1.5bn. Around 3%. Not huge. Of course, it is the productive and tech 3%, but still, they look to be getting on top of it. Working around it. Again, a good sign. The Chinese must look at their neighbours, Korea, with 600,000 cases a day and very few deaths and an economy focused on returning to normal and wonder if they have the right settings to handle the pandemic.

Japan is still stimulating. The BOJ is widely expected to maintain its short-term rate target at -0.1% and that for the 10-year bond yield around 0%.

There are a few things starting to point to markets finding their feet. I could make the bear case too but let’s go with the flow for the time being.

Even here in Australia, we just had the budget released and Josh will be looking at splashing some cash. ‘Scottie from Marketing’ is changing hats and getting his hair done and dropping money like a drunk Santa would hurl presents out of his sleigh and the RBA is so cautious about raising rates, it is not funny.  Plenty to like. And some sectors have been plugged and abandoned. We saw it yesterday as money rushed back into the heavily oversold tech stocks. Not just the WTC but the KGN, TPWs and the like. Even BNPL got a lift. Fast money chasing these stocks higher. Suspect that may continue too after some breathing space. 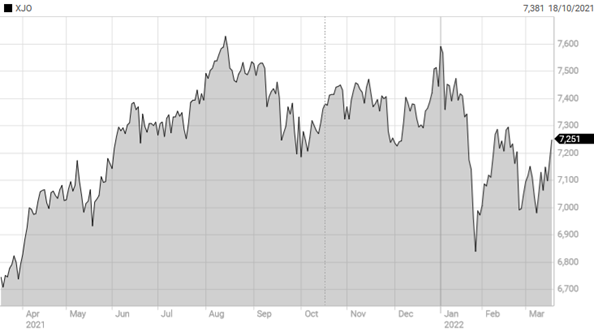 Our market has been through the wringer.

It may not look like it on the surface. The ASX 200 is at 7250 and looking to push to 7400, but the problem is we look at an index that is so skewed to a small bunch of stocks that it distorts things. Four banks, some iron ore stocks and a plasma company. Pretty much covers 70% of the index. BHP is 11% alone. Banks have been on a roll. Higher yields have pushed them higher and higher. Nearly back to the pre rout levels of January and February. Nothing to suggest they will not keep on keeping on either. My Big Bank Basket that I created many years ago, being able to buy all four big banks for $100 is knocking on the door of $190. Its top in March 2015 was around $215. It bottomed at $108 in the great CV19 sell off in March 2020. No reason to think that the banks will do anything but push higher. Bank bashing is no longer de rigeur and rising bond yields help margins and tech is cutting costs. Mortgages are still competitive but only between the big four. All the fintech talk is just that. The banks still are a machine for money printing. Nothing seems to change. Fat dividends too. Big part of the market and heading back toward $200 for the four perhaps.

Finally, if you are looking for other reasons to be cheerful (part three) look no further than the Canadian market. We follow the US slavishly but why do we not bother watching what is happening to our Canadian commonwealth brothers and sisters? Their index hit an all-time high last night. The Canadian economy and index are dominated by oil and gas. We have iron ore and coal. A very similar commodity-based economy and index. All time high. Do I need to say more? I am cautiously bullish if we get no ramp up in the Ukraine. Stay long and sing a song.

More about the author – Henry Jennings

Henry is a Senior Investment Analyst and Portfolio Manager for Marcus Today Stock Market Newsletter. Henry specialises in small and mid-caps although he has a thorough knowledge and understanding of large caps too.

Henry has spent a lifetime in stockbroking and investment banking, originally from the UK, Henry has been divisional director for Macquarie Bank responsible for equity trading and has been both a trader and a broker during his career.

You can sign up for a free trial of the Marcus Today Stock Market Newsletter here.