Orica (ORI) is a business tied to the resources boom and make no mistake, we are in the midst of one. The decarbonisation and electrification of the world coincidently requires a lot of stuff to be dug out of the ground. Orica’s main operations facilitate part of that process by providing explosives to the mining industry. Orica claims the title of the world’s largest provider of explosives.

Half-year results in mid-May showed an underlying profit, revenue and dividend all ahead of expectations. A positive overtone also flowed from the outlook statement with management noting that a stronger performance is expected to continue into the second half of the financial year. 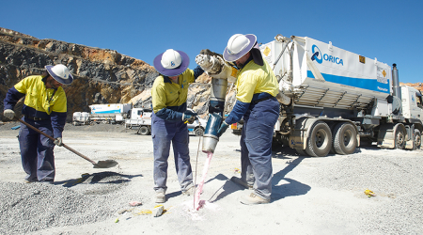 The small caveat was that performance was subject to market conditions, meaning commodity prices need to hold up and higher gas costs are not helping. They are the biggest cost in producing ammonium nitrate (AN), a key ingredient in explosives.

Sanjeev Gandhi the new CEO back in May said “Steady commodity growth, particularly in gold, copper, quarry and construction in H2 will continue to drive demand for our products and services.” Gandhi also reaffirmed performance expectations despite the exit from its operations in Russia which cost the company $80m, plus restructuring costs.

Orica has a well-diversified business in terms of geography, almost half of its revenue comes from Australia and Indonesia, around one quarter from North America and the balance from Latin America, Europe, Africa and Asia. 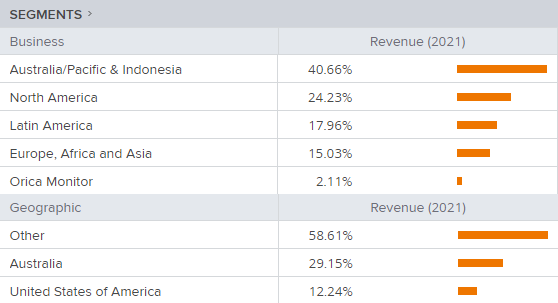 In terms of commodities, copper and gold are its biggest revenue drivers, followed by coal then iron ore. The obvious conclusion you could draw from that breakdown is that if the gold and copper prices fall over, so too will the demand for its services. The good news for ORI is that the gold price and copper price are both holding up (commodities like inflation) although technically they have peaked and fear of a recession will not help commodity prices. 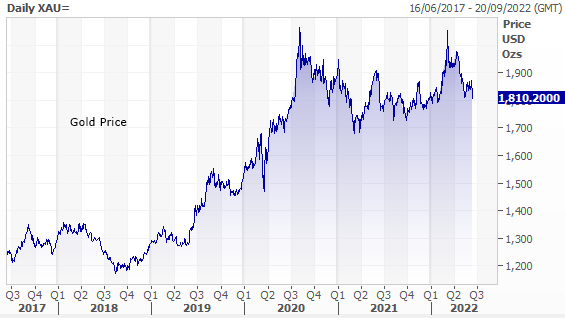 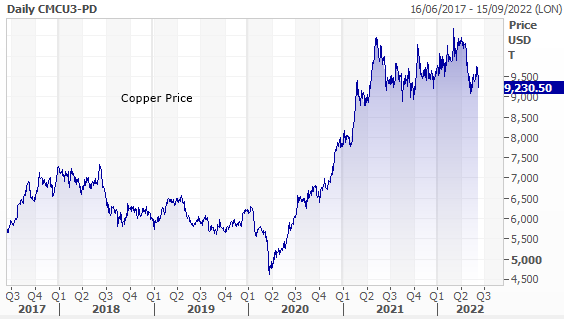 Orica’s Australian explosives market share is estimated at 55%-60%, with the remainder largely held by peer Incitec Pivot (IPL). 55% of Orica’s revenue is derived from what it calls Bulk Emulsion and AN/ANFO which are fancy ways of saying explosives. One benefit of being in the explosives industry at the moment is that the intensity of explosives and chemicals used in mining is increasing. This is because ore grades are falling and strip ratios (the amount of waste that must be removed to release a quantity of ore) are rising. The main point is that miners need more “bang” for their buck. 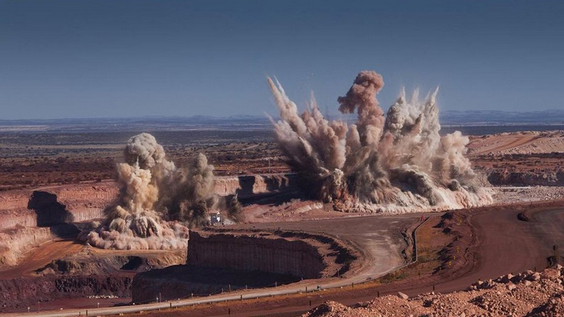 The Ammonium Nitrate (AN) market has found itself in a perfect storm as demand for explosives spikes as rising commodity prices combines with a fertilizer supply shock flowing from the Ukraine war. The AN price has eased from the highs at the start of the year and steadied at a key support of ~600 Euro/mt. An interesting point brought up in the half-year results was that Orica doesn’t really get much of a margin benefit from higher prices given it produces AN but also goes to the market to purchase supplies to make explosives. 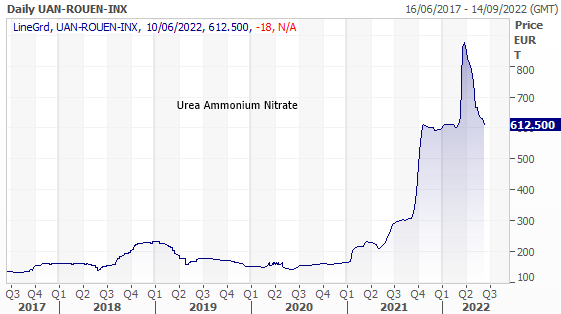 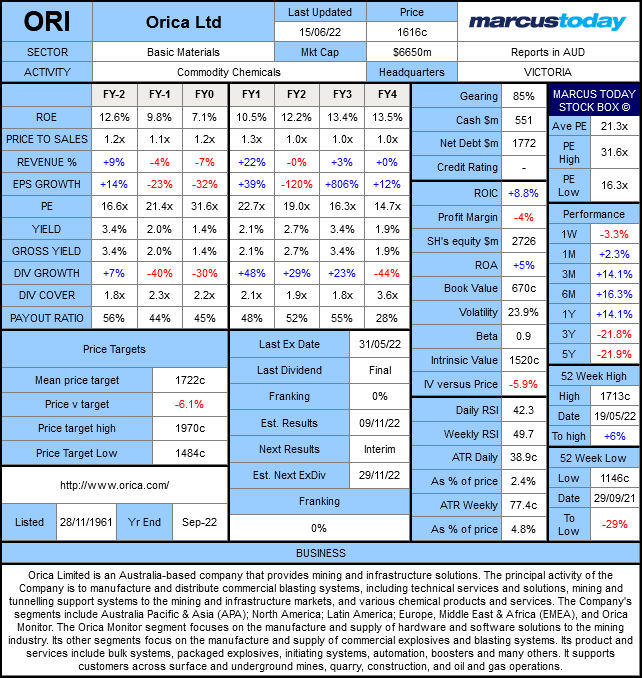 What are the tailwinds?

What are the headwinds?

Orica had first-half results in the middle of May which exceeded a lot of broker estimates. Macquarie said HOLD with results beating expectations helped by a 5% rise in global explosive volumes over the last 12 months. Volume growth, increased adoption of its technology, supply chain efficiencies and falling overhead costs other pleasing considerations. Their target price was raised 8.8% to 1620c. Morgan Stanley was the most bullish with a price target of 1970c. Morgan Stanley was pleased with ORI’s proactive approach to managing costs adding that it was an indicator of what to expect from the new CEO. Credit Suisse said rated ORI as OUTPERFORM and observed tight supply of ammonium nitrate in the Americas.

The share price trend is positive over the last 12 months, up 9% in that time. Recent price action reflects a new recession risk, the share price recently breaking through support levels at 1600c and 1550c. Momentum is slowing down indicated by a negative reading on the MACD forest. RSI neither overbought nor oversold. If the bulls can hold onto the 1550c level that would offer some encouragement. 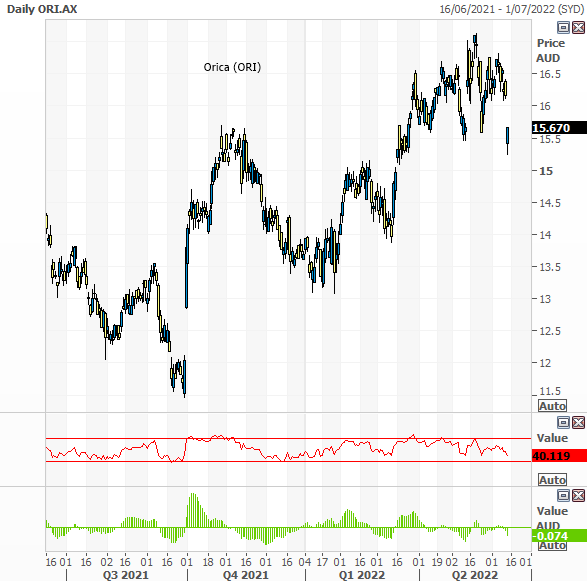 Short interest is benign at less than 3%. Not something to be concerned about. 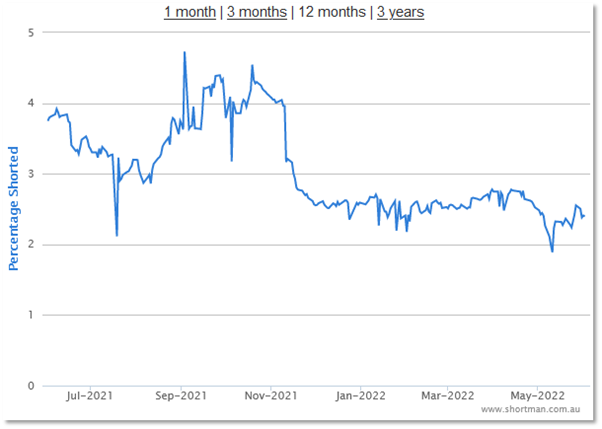 In February, Chairman Malcolm Broomhead announced that Alberto Calderon would step down after almost six years in the role. Sanjeev Gandhi, was appointed MD and CEO after spending 26 years with German chemical company BASF SE. Mr Gandhi last year unveiled his three-year strategy revamp, honing in on developing new customers in Asia and seeking out customers mining critical minerals such as lithium and cobalt.

AustralianSuper is the top shareholder and holds a 14.3% interest. More blue than red in the position change column which is a positive. The negative takeaway is the 14.5m shares that were sold last month in May by Cooper Investors, a Melbourne-based firm and Harris Associates which is based in Chicago. 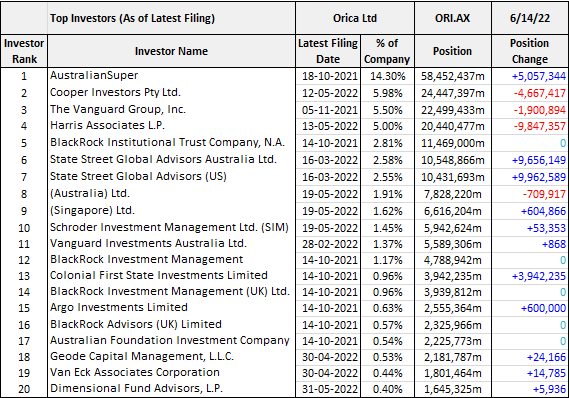